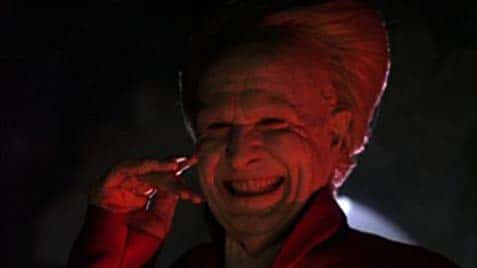 Of Vampires And Netflix

Jumping off from the last article, the book “Beyond Will & Power: A Biography of President Rodrigo Roa Duterte”

I was supposed to add that the book makes you redefine what a good person means.

So in this light permit me to try to make sense of what it means to be a good person.

I feel that the ancient philosophers had it right when they made it their goal to answer the question: “What makes a good person?”

Because by doing so, they are now clearly distinguishing what should be considered evil and detrimental to human nature.

It also makes a lot of sense to define what is good.

Is there such a thing as an objective good? Or are values pliable, adaptable according to one’s subjective experiences.

Why does it matter that we define what’s good?

Perhaps it matters because this is the only way we can make sense of someone who died.

Perhaps it is because every living thing may not be intrinsically good but it depends on how that thing was used or how it became something of value to others.

Perhaps being good means being something or someone of value to others.

The value is where we humans perhaps see what is good.

Anyway I don’t think that I have the necessary acumen to be able to explain the intricacies of what defines what is good or not, albeit I would assume that the Nuremberg trials would be a good starting point to move forward with this discussion.

I will leave that for now as I ruminate further on moral philosophy so hold your horses.

Taal Volcano just erupted last sunday January 12, 2020, it spewed off ashes and as of tjhis writing is still waiting for its major eruption.

Alert level is placed at number 4 whereas 5 is the last level and which means a more destructive form of eruption will be taking place.

The country is anxiously awaiting the big one as thousands of people are evacuated from their homes.

It is curious to note that this volcanic eruption happened after a series of strong quakes in Mindanao last year.

As always the President is apathetic and insensitive to the plight of the people, with nothing to mention about the calamity happening.

Instead the government laid down a red carpet welcome to the Chinese coast guard whose job is to invade territories after territories of the country.

To say that I am disgusted is an understatement, perhaps I feel way beyond that, his entire Presidency since 2016 has made me almost stoic as possible.

I lost friends, fought with people I loved, created another FB account and received death threats through my FB profile.

Honestly I don’t know until when this government would last, but I’m sure as hell it wouldn’t go down without a fight.

With only three episodes boasting of an hour and a half long story, I could say that it was brilliant at first if not for the twist in the story.

Now I don’t want to spoil it for anyone, however the ending felt forced and irrational.

But maybe that’s just me.

Perhaps because I’ve read too much vampire novels that it already created a different narrative of what a vampire is and should be.

Alright, honest disclaimer I am a fan of the works of Anne Rice of which my favorite character is Lestat. (I also love the one written by Bram Stoker)

I still haven’t read the newest book though. 🙁

My favorite book by Anne Rice was Memnoch the Devil, its philosophical undertones can only be matched by Neil Gaiman’s Lucifer of the Sandman series.

Now you know why I consider myself a critic when it comes to vampires.

I would’ve wanted if the Netflix series shed more light on how each characters developed instead of just aiming for Dracula’s end.

There’s just so much to be learned from vampires really.

It is basically what Carl Jung talks about when he mentioned the shadow.

I also finished watching Netflix’s The Witcher, It is good but I feel that the book is better (as it always is), anyway I need to read the book.

Darn too many books to read but I love it hehehe

Speaking of Netflix, I also got back to watching Suits.

I actually watched the series way back but I wasn’t able to finish it as I got hooked on Korean series. (because seriously they are better than western T.V. series but that’s just me)

That’s it for now.

See you on the next installment.

A 97-Year-Old Philosopher Faces His Own Death

There’s No Such Thing as a Dragon (Read Along Storybook)